Between 1944–1950, almost eight million expellees arrived in West Germany. We introduce a rich county-level database on the expellees’ socio-economic situation in post-war Germany. The database contains regionally disaggregated information on the number, origin, age, gender, religious denomination and labour force status of expellees. It also records corresponding information on the West German population as a whole, on the pre-war economic and religious structure of host and origin regions, and on war destructions in West Germany. The main data sources are the West German censuses of 1939, 1946, 1950 and 1961. Altogether, the database consists of 18 data tables (in xsls format). We have digitized the data as printed in the statistical sources, adding only an English translation of the table head (along with the original table head in German). Each data table has two tabs: The first tab (named “source”) lists the reference(s) of the printed source, the second (“data”) contains the actual data. Please consult the readme file for an overview of each data table’s content and the paper for additional information. 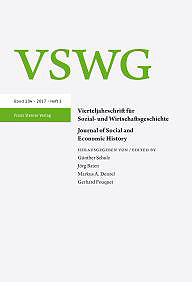